#2 Earn a great return on your investment

Solar panels aren’t an expense – they’re one of the best ways to invest, with returns rivaling those of more traditional investments like stocks and bonds. Thanks to substantial electricity bill savings, the average American homeowner pays off their solar panel system in seven to eight years and sees an ROI of 20 percent or more. 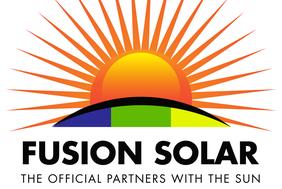 Enough sunlight reaches the earth in one hour to power the world for an entire year. Unlike the substantial resources and capital needed to extract and burn fossil fuels, anyone can purchase and install solar panels to take advantage of this abundance of sunlight. Best of all, solar generates significant long-term savings on electricity bills.

#8 Demonstrate your commitment to sustainability

Sustainability and corporate social responsibilities are essential components of an organization’s culture and values. They also produce bottom-line results. Increasingly, consumers and communities are recognizing and rewarding businesses that choose to operate responsibly. Companies are finding that “green” credentials are a powerful driver of consumer purchasing decisions, creating goodwill and improving business results.

The sun is a near-infinite source of energy and a key component of achieving energy independence in the United States. By increasing our capacity to generate electricity from the sun, we can also insulate our country from price fluctuations in global energy markets.

#1 Drastically reduce or even eliminate your electric bills

Whether you’re a homeowner, business, or nonprofit, electricity costs can make up a large portion of your monthly expenses. With a solar panel system, you’ll generate free power for your system’s entire 25+ year lifecycle. Even if you don’t produce 100 percent of the energy you consume, solar will reduce your utility bills, and you’ll still save a significant amount of money.

​Companies quickly are realizing the social and economic benefits of adopting solar power. As early adopters pull ahead of the competition, many companies are exploring solar energy as a way to keep up.

According to The Solar Foundation, the solar industry added jobs at a rate nearly 12 times faster than the overall U.S. economy in 2015, representing 1.2 percent of all jobs in the country. This growth is expected to continue. Because solar-related jobs tend to be higher paying and cannot be outsourced, they are a significant contributor to the U.S. economy.

Just like consumers, employees have a demonstrated appreciation for their employers’ commitment to operating responsibility. Employees share in the success and contributions of their organizations. Companies that care about their community and environment tend to have lower turnover rates, more engaged employees, and higher levels of morale.

Multiple studies have found that homes equipped with solar energy systems have higher property values and sell more quickly than non-solar homes. Appraisers are increasingly considering solar installations as they value homes at the time of a sale, and as homebuyers become more educated about solar, demand for properties equipped with solar panel systems will continue to grow.

Solar is a great way to reduce your carbon footprint. Buildings are responsible for 38 percent of all carbon emissions in the U.S., and going solar can significantly decrease that number. A typical residential solar panel system will eliminate three to four tons of carbon emissions each year—the equivalent of planting over 100 trees annually. 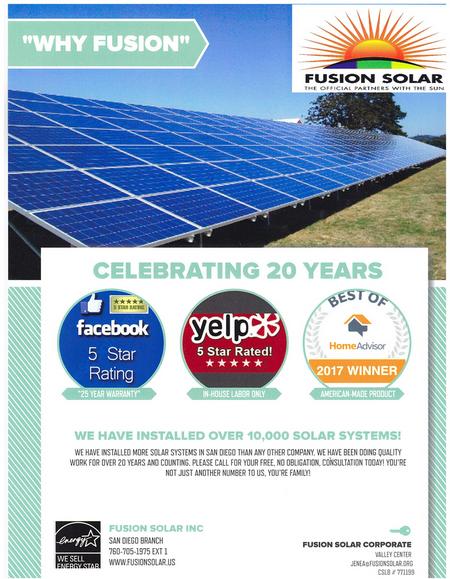 One of the most clear-cut benefits of solar panels is the ability to hedge utility prices. In the past ten years, residential electricity prices have gone up by an average of three percent annually. By investing in a solar energy system now, you can fix your electricity rate and protect against unpredictable increases in electricity costs. If you’re a business or a homeowner with fluctuating cash flow, going solar could also help you better forecast and manage your expenses.